Hudson Valley ecologists are predicting areas of the Northeast will see an increase in Lyme disease this summer. The reason: a proliferation of white-footed mice in the region last year.

Lyme disease is caused by the bacterium Borrelia burgdorferi, and is spread to humans through the bite of an infected blacklegged tick, known to most of us as a deer tick. However, while it’s

true that deer offer fast- and far-reaching transportation to tick populations, they do not actually carry the disease. Rather, the big culprits are white-footed mice, known to transmit Lyme to up to 95 percent of the ticks that feed on them.

For nearly twenty years, Rick Ostfeld, an ecologist at the Cary Institute of Ecosystem Studies in Millbrook, N.Y., has been conducting field research on white-footed mice as vectors for Lyme disease. He and his research colleagues have shown that an abundance of white-footed mice increase the likelihood that humans will contract Lyme and other tick-borne diseases. Moreover, Ostfeld has documented a predictive pattern: the numbers of white-footed mice in an area one year is a reliable forecast of the incidence of Lyme disease cases in the following year. And since New York’s Hudson River Valley experienced an alarming increase in the mice population in the summer of 2016, he expects areas of the Northeast will see a surge in Lyme cases in summer of 2017.

The U.S. Centers for Disease Control estimate there are about 300,000 reported cases of Lyme disease in humans each year, with a concentration of cases in the Northeast and Midwest regions of the country. Typical symptoms include fever, headache, fatigue, and a characteristic skin rash called erythema migrans (often described as a “bullseye rash.”) When detected early, Lyme can usually be treated successfully with antibiotics. If left untreated, infection can spread to joints, the heart, and the nervous system.

See our previous post to learn some tips to help make your property inhospitable to deer ticks. 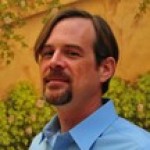