Republished with permission from Ron Kujawski, Horticultural Consultant, UMass Amherst The Center for Agriculture, Food and the Environment at https://ag.umass.edu.

Recurring and prolonged periods of drought seem to have become commonplace in many regions of the country in recent years. The effects on trees and shrubs can often be seen in both natural and man-made landscapes during the severest of droughts as leaves wilt, show marginal scorch, or prematurely drop from the plant. However, the long-term effects of drought on the health and survivability of woody plants are less obvious.

Furthermore, the perception of drought can be misleading. In 1999 for example, New England experienced one of the worst droughts of the century. Yet, the total rainfall for the year was at or just above normal levels. The “normal” annual rainfall figure could be accounted for by a significant amount of rain that fell in just one event. That was a mid-September storm, associated with fallout from Hurricane Floyd, that deposited up to 9 inches of rain on some areas.

To understand the impact of drought on plants, a review of water relations can be helpful. Without water, there is no plant life. It is the milieu in which chemical reactions inside a plant cell take place. Water is the major component of the protoplasm which makes up the content of cells. Water also serves as a raw material for many metabolic processes, including photosynthesis.

Aside from its role in photosynthesis and other chemical reactions, water plays a significant role in the physical processes of plant growth. As new cells form, they expand in response to turgor pressure, that is, the pressure exerted on the cell membranes and walls by water entering the cells. Following this expansion, the cell adds additional layers of cellulose to form a more permanent cell structure. This is a fundamental process in the elongation of newly formed cells and the growth of woody plants.

The uptake and transport of mineral nutrients occurs in water. Minerals dissolved in soil water move into plant roots and then to the vascular system, more specifically the xylem, for transport throughout the plant. There they combine with proteins to form enzymes that control the biochemical reactions essential to plant health and growth.

In the simplest terms, the driving mechanism for the transport of water through a plant is transpiration or the evaporation of water from plant leaves. Tiny pores or stomates in leaves control the amount of transpiration. Stomates open and close in response to water availability as well as other internal and external factors. Transpiration occurs as long as stomates are open. Transpiration sets up a negative pressure that drives the movement of water from the soil to the plant and through the plant via the xylem. The movement of water from soil to roots to xylem to leaves to air can be viewed as a continuum. Interruption at any stage of the continuum stops or reduces the flow of water, leading to wilting of leaves.

Drought conditions, or more specifically, soil water deficits, can influence the normal physiology and growth of plants in many ways. For example, when a soil water deficit exists, the result may be an increase of solute concentration outside the roots compared to the internal environment of the root. Such a situation leads to reverse osmosis, i.e. a net movement of water from the cell to the soil solution. As this happens, the cell membrane shrinks from the cell wall and may eventually lead to death of the cell. This type of injury can also occur when a build up of road salts or excess fertilizer occurs in the soil environment around plant roots.

More commonly, when a water deficit occurs, soil water tends to shrink away from the interface with water-absorbing roots, creating a gap in the soil-plant-air continuum. As the plant continues to lose water via transpiration, water is drawn from root cells resulting in shrinkage of cell membranes. If these conditions persist, the integrity of the cell membrane and the living cell itself may be destroyed.

In the root system of a tree or shrub, the delicate root hairs that extend from epidermal cells and feeder roots at the extremities of the root system are responsible for the bulk of water uptake. Confined to the upper 15 inches or so of the soil profile, they are also the first part of the root system affected by dry soil conditions. With the death of root hairs, the water absorbing capacity of the plant is severely reduced.

The effect of drought is particularly acute for newly transplanted trees and shrubs since they are already devoid of a sizeable portion of their water-absorbing roots – the roots being lost in the digging and transplanting process.

In addition to the potentially catastrophic effect of reverse osmosis and loss of water absorbing ability of roots on plant health and survival, other responses of a plant to drought may also occur. Closing of stomates is usually the first response. There is some evidence that abscisic acid, formed in roots in reaction to soil water deficits, is transported to leaves and initiates the closing of stomates. Recovery from stomatal closing is slow and may not return to normal for hours, days or weeks despite availability of water. Increased abscisic acid production also leads to an inhibition of bud and leaf development, and to promotion of leaf abscission.

The consequences of stomatal closure are many. Since plant leaves take in carbon dioxide through these leaf pores, it is not surprising that there would be a reduction in both carbon dioxide fixation in photosynthesis and subsequent carbohydrate production. This in turn leads to a decrease in leaf expansion and the eventual shedding of leaves. There may be as much as a ten fold decrease in the photosynthetic production for a given plant specimen as a consequence of leaf surface area reductions.

The carbohydrates produced in green tissue by photosynthesis are used as substrate for other synthesis reactions in plant cells. Among the products normally manufactured from these carbohydrates are fats, proteins, growth regulators, and many secondary metabolites. Growth regulators, such as cytokinins and gibberellic acid, are responsible for controlling growth in plants. The production of growth promoting cytokinins and gibberellic acid decreases in plants stressed by drought.

With prolonged drought, there is also a break down of the photosynthetic machinery itself, further compromising the health of the plant. Before a plant can resume normal growth rates, rebuild damaged plant structures, and resume synthesis of growth regulators and secondary metabolites needed for self-defense, it must re-establish the photosynthetic machinery and normal functioning of the stomates. In the meantime, food reserves are consumed to compensate for the reduction of photosynthetic product. Therefore, visible symptoms of drought-related decline in plant health may not be evident for weeks, months, or years after the drought event. Further decline will often take place while repairs to root system, photosythetic apparatus, and morphology are made, again taking months or years depending upon the severity and duration of soil water deficits.

It is hopefully clear from the preceding discussion that the effects of drought can be characterized as short term and long term. Immediate visible effects of drought damage include wilting, scorch, and some defoliation due to loss of turgor in plant cells, irreversible shrinkage of cell membranes, and increased synthesis of abscisic acid. Long-term symptoms of drought include dieback of branches and death of the plant as the plants capacity to absorb water is damaged. These are the primary or direct effects of drought.

There are also secondary effects that relate to the reduction in synthesis of secondary metabolites. Susceptibility to disease infections and insect invasion is heightened as the plant’s ability to ward off these problems is diminished.

A good example of delayed secondary effects of drought on trees and shrubs is Armillaria root rot, also called shoestring root rot because the fungus forms shoestring-like structures called rhizomorphs that invade roots. Armillaria is an opportunistic fungus, that is, it is generally present in soil and on the surface of roots but only invades when roots are weakened or damaged by some type of stress, such as drought. In a healthy plant, the disease can be isolated or compartmentalized. A drought stressed tree with reduced metabolic activity may not be able to compartmentalize the disease. The fungus invades cambium tissue and is capable of killing a small tree in a season or two. Large trees with an extensive root system may not begin to show symptoms of decline until half the root system is killed by the fungus. This may occur several years after the drought event and initial invasion by the Armillaria fungus.

Among the canker type diseases likely to be encountered are Nectria canker and Cytospora canker. These diseases are almost always associated with drought stress. Again, it is the inability of the plant to synthesize protective chemicals and to compartmentalize wounds that allows for infection and development of the diseases. Drought stressed trees and shrubs are also predisposed to several other diseases including Diplodia tip blight, Rhizosphaera needlecast and Verticillium.

The invasion of wood boring insects such as bronze birch borer, black stem borer (Ambrosia beetle), and other bark beetles, noticeably increases in trees that are drought stressed.

Studies have shown a correlation between the levels of the secondary metabolite, oleoresin, and a plant’s susceptibility to invasion by wood boring insects. A healthy tree produces oleoresin that acts to deter feeding by borers. When a tree is severely stressed, there is a decrease in oleoresin production and a corresponding increase in borer attacks.

While drought periods may come and go, plant practitioners need to be aware that the negative effects of drought on plant growth and health may continue to be a problem for years to come. It is important to keep this in mind when evaluating the causes of plant problems. 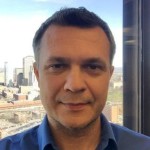 Andrei worked at SavATree as Online Marketing Manager. He was responsible for all SavATree's digital marketing campaigns and websites.