What’s Happening in Your Neck of the Woods: Gypsy Moth Infestation

Prefers oaks, though will also eat many other tree and shrub species including apple, alder, aspen, basswood, birch, poplar, willow, witch hazel, and hawthorn, as well as conifers such as hemlock, tamarack (larch), pine, and spruce. Although it usually takes more than one year of defoliation before deciduous trees die, conifers (and any weak trees) may be killed after a single season of defoliation.

About The Gypsy Moth

The Gypsy Moth (Lymantria dispar) was accidentally introduced to North America in Massachusetts more than a century ago. While the Gypsy Moth itself is harmless to trees, the larval Gypsy Moth caterpillar is one of the most invasive and destructive pests in the United States, and has killed or damaged millions of acres of trees.

How can I tell if my tree is affected?

The most visible symptoms appear in late April through early July, when the destructive leaf-eating caterpillars are in full force, and holes in tree leaves are easy to spot.

Here’s how to identify Gypsy Moths throughout their life cycle:

Gypsy Moth Egg Masses (seen July/August thru May)
Fluffy egg masses that can range in color from brownish orange to off white. Each egg mass can contain up to 1,000 eggs.

What can I do to prevent the spread of Gypsy Moths?

Some good news: Cornell researchers have reported the emergence of a new fungal pathogen (Entomophaga mamaiga) that is killing this invasive pest in great numbers. Though first introduced in New England back in 1989 in an effort to slow the Gypsy Moth infestation, the fungus was not detected in moth populations until the late 1990s. Since then, the pathogen has been multiplying and spreading westward as it follows gypsy moth populations. However, since wet spring conditions and high humidity are necessary for the fungus to germinate, those regions experiencing dry spring conditions have not been able to benefit from this natural pathogen.

The best way to avoid or limit Gypsy Moth damage is to keep your trees healthy. A strong and vigorous tree is better able to naturally resist attack and survive an infestation. SavATree’s methods include regular fertilization and pruning, and insect treatment if necessary, to protect your precious trees against this highly destructive pest. 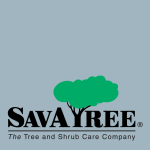