Whitetail Deer mating season is typically referred to as “The Rut”. During this time period male deer (bucks) testosterone levels will increase as they begin to look for mates. This period can last anywhere from 1-3 months depending on location and environmental conditions. In most states in the Northeast and Mid Atlantic we will see it start in early September, and taper off in November. The Rut typically peaks between Late September and mid-November.

As part of The Rut, Bucks will start to rub off the “velvet” or soft coating of tissue that is on their antlers early in the season. They will continue to rub their heads and antlers on trees to release a pheromone scent in their territory which promotes mating activity.  Bucks have glands in their heads and as they rub it will release which combined with the visual marking on the tree will let females and adolescent males know that there is a dominant buck in the area.  These rubs are often on ornamental trees that are along deer paths or in areas where deer frequent.  While they typically choose smaller trees, bigger bucks will tend to rub bigger trees(up to 12” dia!). Deer often like softer ornamental trunks and branches to rub on.

This is often done at the expense of young ornamental trees, which are the preferred objects for bucks to rub on. This can cause severe damage and stress to these trees, and in some cases the tree will not survive. Making gouges in the bark and cambium of the tree not only damages the tree, but also opens it up to the possibility of disease, insect damage, and a number of other issues.

The easiest way to prevent this damage from occurring is the wrap the lower part of the trunk of the tree(4′-5′ high) with a plastic or metal barrier.  There are a variety of plastic tree wraps available, as well as traditional metal fencing.  By restricting access to the soft tissue of the bark, deer will be unlikely to use these trees to rub on.  If installed properly, tree protection can last for several years before needing to be redone or removed.  Barriers can also be removed in mid to late winter or in the spring due to the seasonality of this type of damage. 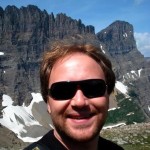 Greg is the Director of DeerTech, SavaTree's specialized division that focuses on White Tailed Deer browsing and landscape protection.